“A dog’s idea of personal grooming is to roll on a dead fish.” James Gorman

I cut my teeth lifeguarding, then slicing bologna, and finally cutting hair.

I worked as a lifeguard at Bay Pool, but after my parents threw me out I stopped working there and moved to Westlake. I lived with a friend’s mom. When I got a job at the Bay Deli I hitchhiked to work, because in the middle 1980s there wasn’t anything nearby, no Crocker Park, no nothing.

My first real job was at Cadillac Cutters, which I got after I graduated from the Fairview Beauty Academy. My sister worked there and got me the job. All the girls who now work at the Kameryn Rose Salon and Spa in Rocky River, and me, we all used to work there.

The Cadillac Cutters was a hair salon owned by two men. They were freaks, flamboyantly gay. Terry was tall, had blond hair, and Tom had long flowing black hair. They were always impeccably dressed.

At first I was only allowed to be an apprentice. An apprentice is someone who hands the stylist his combs and brushes. I was supposed to pay attention, too, watching how the highlights went.

I never got the chance to get past the apprentice stage, get on the floor on my own, because the owners screwed up bad, screwed up really bad, with insurance fraud, among other things.

They told everyone they were subscribing to health insurance for us. They took everyone’s money and then never paid the premiums. Somebody took their kid to the hospital and found out they didn’t have insurance when they thought they had been paying for it all along.

They did a little bit of nose candy, too, probably with that money.

I wasn’t allowed to talk to clients, which I thought was strange.

One day I was talking to a client. One of the gay guys spotted me. He took me in the back.

“Shut the fuck up when you’re on the floor,” he said.

“No one wants to hear what you have to say,” he said. “You’re just a lowly assistant.”

I was hurt by what he said because I had been working there for a while. It was embarrassing. I felt stupid. I got so upset I called my dad.

“No one talks to my daughter like that,” he said. “I swear to God, if you don’t walk out of that place right now!”

Then my paychecks started bouncing.

“Oh, Julie, sorry, but we got you these earrings,” said Terry.

“I’m sure they are,” I said. “But again, I don’t think my landlord is going to care, and besides, I don’t know if he wears earrings.” They didn’t know my landlord was my friend’s mom.

I called my dad because they got shitty with me about my money.

“Walk out. Call me when you walk out.”

When more of my paychecks bounced things came to a head. The day I told my dad about it he was beyond mad.

“You walk out of there right now and I will make sure they pay you. This is my kid!”

I high-tailed it out of there.

He went cold ballistic on them. He did some digging, found out what they were up to, and talked to somebody downtown about it. He sicced the IRS on them. The next thing I knew, the next thing Tom and Terry knew, the IRS was looking things over, shutting things down, and their business was being closed down.

When I had to go back and get my stuff it was awful. I didn’t know if they knew I was the cause of their business closing.

They were shut down for a small while, but opened up another name. It didn’t last long. Cheating is easy. They didn’t know to stay away from easy. Their new staff got tired of it.

Tom and Terry were a couple and lived in Rocky River. I still see Terry at the Heinens Supermarket on Detroit Road now and then. Tom got married, married to a woman, actually. It was kind of weird, but he came from a lot of money, and I think his family demanded that he marry a woman.

He was always ready to attack anyone who was mean to me. I was always his happy girl who smiled all the time. He closed down the Cadillac Cutters never to be heard of again, at least not under that name.

I called my dad on Christmas Eve, even though he had kicked me out of the house, to wish them all a happy holiday.

“Are you coming over to go to church with us?” he asked.

I was so happy I was crying. He could hear me crying over the phone.

“What happened? Was it him who made you cry?”

He thought my boyfriend had done something.

“I swear to God, Julie, if I need to come over there!”

“Then why are you crying?”

“Because I just got a puppy.”

My dad could be rough with us, but he loved us, and dogs, too. He’s the man who taught me everybody has to stand up for their rights. He was right about that. 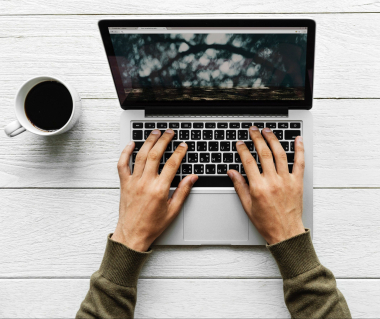